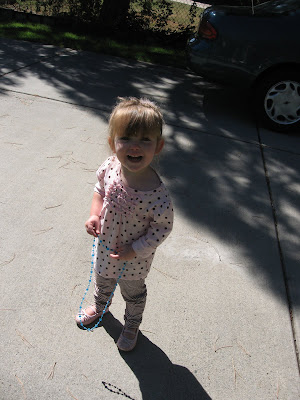 Margaret decided that as long as everyone else was going to school, she would refuse to take any naps. She is not interested in being potty-trained because underwear is, as she says it, "Is gross." 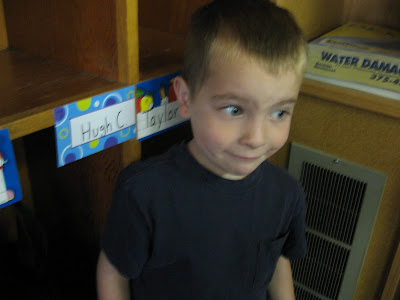 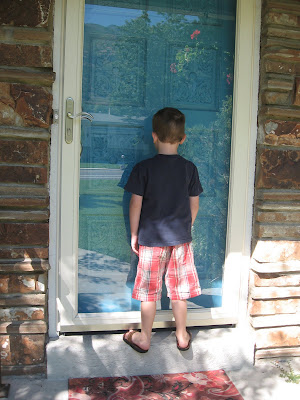 This is his "first day of school" photo. 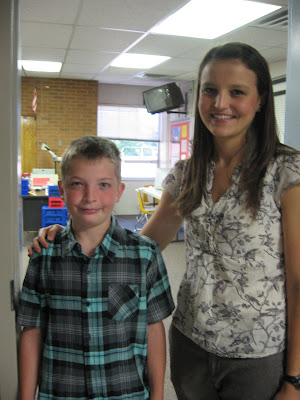 Owen's first day of 5th grader.
Minutes before this photo, Owen ditched me for "the outside the classroom" shot, laughing at me trying to catch up with him and saying "SEE YA!" Seconds before this photo, I walked into his classroom and loudly embarrassed him by saying "Owen! Sweetie! Mommy wants to get a photo of my big boy out here!" He rolled his eyes and was mortified when his teacher agreed to pose with him. Owen will learn. Oh, he'll learn. But that look in his eyes scares me and keeps me up at night. He's plotting his revenge, and it'll be good. And exact. And well timed. I'm screwed. (Isn't it good to know 12 year-olds can teach school? P.S. When did I get old, exactly?) 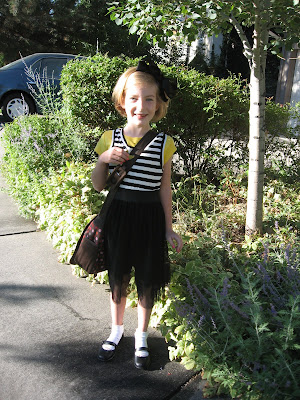 Phoebe's in second grade. She planned this outfit herself, head to toe. This is her second year in French immersion and I, officially, cannot understand or even piece together here and there her conversations. This could be dangerous for a nosey mother like me. 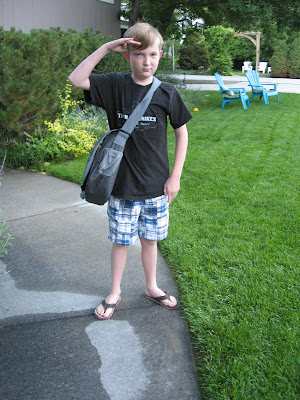 We live in a world where my son Miles is in middle school. (I'll let that sink in.) 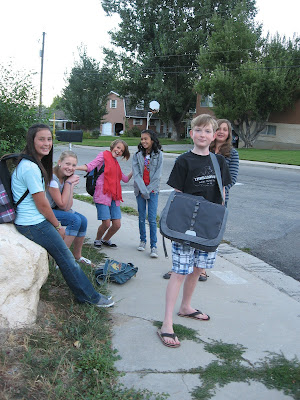 He lets me take pictures of him at the bus stop FULL OF GIRLS. 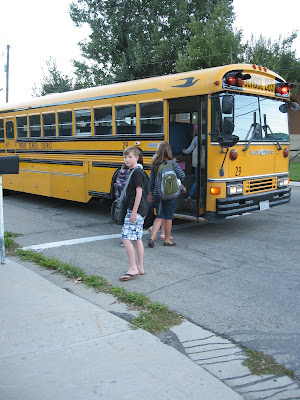 He also humors me as I take a picture of him getting on the bus. He's never ridden a BUS TO SCHOOL before! I like it that Miles let me take this picture (even paused for it). He's considerate of his dear mother. I'm surprised this photo is clear, as I was sobbing when I was taking it. Just kidding! I held the tears in until the bus pulled away and one, single tear dripped down my cheek as I waved and yelled "I love you! Have a wonderful day!" Just kidding! I ran home and tried to stifle the sporatic sobs as I fake smiled and waved to neighbors and fellow joggers and burst into tears as soon as I walked in my front door. Just kidding! I didn't care about fake smiling to the neighbors!
Posted by Lisa at 6:41 PM 11 comments: