I sweat the small stuff (literally)

One very distinct memory I have growing up is my dad sweating profusely. Like, I was really worried that something was wrong with him. Big sweaters, those Valentines. He'd joke about it as he'd run marathons or work in the yard, but it was a very distinct indication that he was (still is) a hard worker, but it was really gross. Soaked headbands and t-shirts, gross. I cannot emphasize how much sweat he sweat enough.
I hated sweating. I avoided it at all costs growing up. Whether it was trying to dab my forehead with a paper towel under my high Aqua-netted bangs during the ridiculously humid Nebraska summers, or avoiding strenuous activity during high school "toning" class, I thought I had inherited my mother's ability to "glisten," and not sweat like my Dad.
Then, six months ago, I joined the gym. I haven't always been inactive, it's just when I started running 2 years ago, I ran outside and somehow that made it seem like I sweat less. Maybe I just didn't notice what was going on because I was too busy crying at how tired I was. Or maybe there just aren't any mirrors outside, I don't know. But being inside the gym, fans a'blazing, entering this "new world," I discovered that I'm a Valentine after all.
I now know that my condition requires specialized clothing. If I wear a cotton t-shirt or pant, and not that GoDry, DryLux, KeepYouDry material, I literally soak it in an interesting and embarrassing pattern (I'm not going to expand on this point--super gross). My hair--my entire ponytail-- is soaking wet. I'm sorry I have to be so specific here, but it is pretty freeing: I sweat as much as a grown human can possibly sweat and not be studied for medical purposes!
I know people have all these theories about "sweating out toxins" and whatnot. I don't know if that's true--I'm not an expert. But I like to think that it's melted fat. I know, this post is getting grosser and grosser. But one thing I've learned from my family-doctor-brother Chris is that even if something's NOT true, but you really believe it, it can have positive physical benefits (please don't read too much into the plasebo effect reaching out into other areas of my life). Now I love to sweat--I embrace is as a physical manifestation of my family history and melting fat (disgusting, but effective).
Which lead me to think about, and now embarrass myself about, another "self-discovery" I've made due to the sweating: A woman who has given birth several times should be compressed when exercising. I naively thought that when I lost a bunch of weight, my stomach would look better. Silly me! It has been a harsh and humbling lesson to learn that no matter how much I weigh or tone my muscles, my stomach will always tell the tale of Miles, Owen, Phoebe, Hugh, and Margaret. Which is not really a big deal because I wear good pants. As I should.
Please believe me when I say I know which fabrics I need to wear when I exercise as to embarrass myself the least amount possible (according to my delusional perspective).
Josh, one of my favorite people, is the manager of the Old Navy store in American Fork, and I was laughing about my new found love of sweating and he asked me if I wanted to blog about their sale on Active Wear and their new "compression line," which of course I wanted to because I was really, in actuality, going to go to the sale and buy some sassy pants. (I like to be upfront about these things). A couple of months ago I bought their compression yoga pants and long running pants when they went on sale and they're my favorites and I can actually afford them (I won't spend more than $30 on exercise pants. I was just born that way.) They have a deal going on right now where their new compression pants and tanks --everything ActiveWear--adults and kids--is on sale. Each store is doing a different promotion, but I got these super GoDry compression pants (with fold-over tummy sucking capability!) for a steal. And a tank. And a shirt. And I might go back and get some more pants tomorrow. 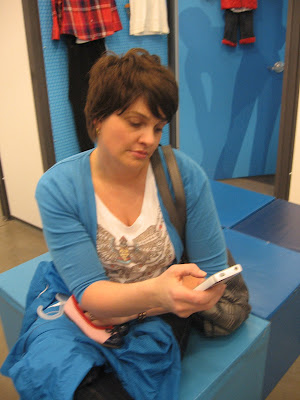 Kacy waiting for me to try on everything on sale. It took a while. . .Take a look at her journey HERE. 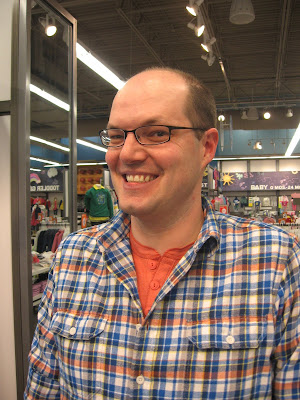 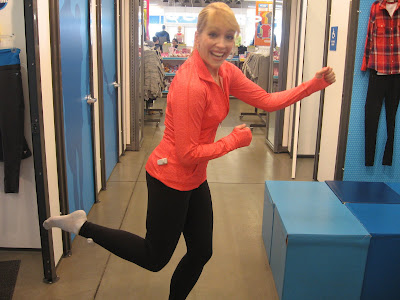 I can run in these pants and my stomach will stay put! 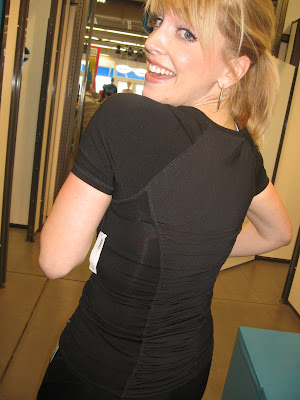 The back of this shirt has a air-dry panel in the back like it was MADE FOR ME~! 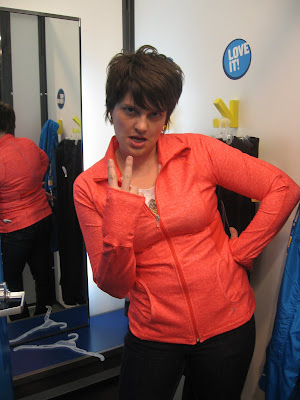 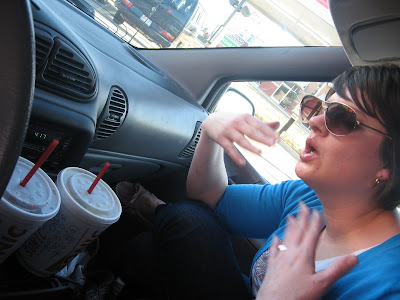 We were so hot and tired after trying on all those clothes that it took Route 44's to cool us down! (I'm not exaggerating about the sweat)
Posted by Lisa at 4:44 PM